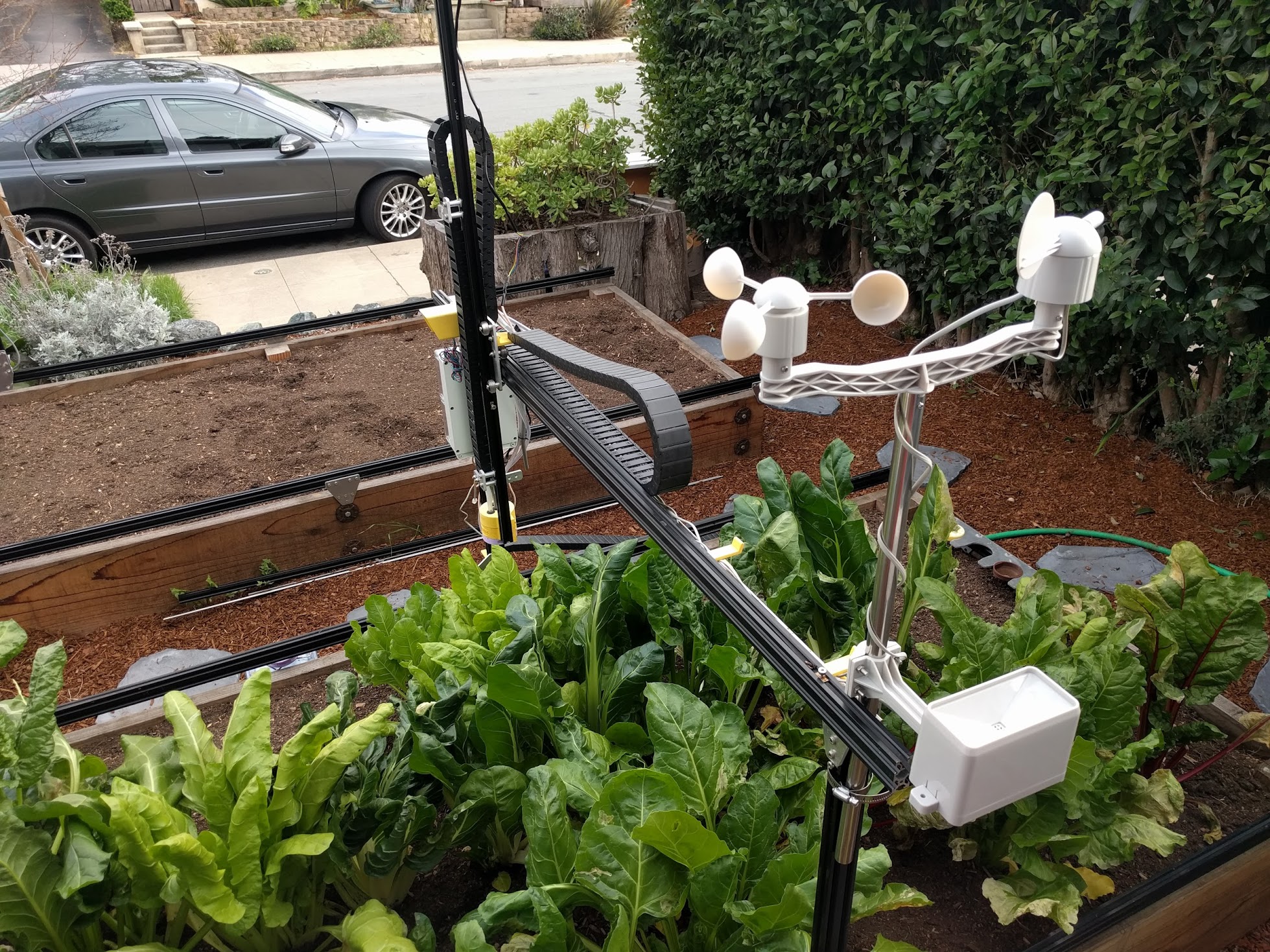 TheRevolutionBlog.com has no affiliation with Farmbot, nor are we being sponsored. It seemed like a neat startup to feature due to its ability to make it easier for people to grow their own food on autopilot.

Let’s face it, many (probably most?) of us procure our groceries from a supermarket, buying produce farmed hundreds and sometimes thousands of miles away. A new company, Farmbot, aims to lighten the load of buying produce grown far from home and empower people to cultivate their own fresh produce right in their own backyards with a level of ease that’s unparalleled.

It may seem convenient to pop over to your local grocer to gather your “fresh” fruits and veggies but the impact of transporting these fruits can bring costs to both the environment and to your wallet. Did you know the average American meal travels more than 1500 miles from the farm to your plate? Incredible amounts of resources are used to quickly transport produce around the country and even around the world. So not only does the environment suffer in terms of greenhouse gas emissions, but you are also footing the bill of these additional transportation costs at the supermarket. Farmbot would like to see that change.

The company offers a sustainable agriculture alternative that can plan and individually tend to a wide variety of common garden plants, all on one small garden plot. Farmbot’s calculations report a 25-30% decrease in emissions over traditionally purchased produce. And over time that’s no insignificant amount. Read all about the details of their emissions studies here.

Developed by a team of three from California, the kit is an autonomous machine that’s installed atop and around a small garden—in your backyard, on a rooftop, or inside a greenhouse or lab. Gone are the days where your tomatoes are left for dead if the kid neighbor forgets to stop and water your garden while you’re out of town on vacation. Once assembled, Farmbot performs nearly the entire gardening process on its own. The gardening robot is capable of planting the seeds, watering each plant precisely on a set schedule, monitoring conditions, and pulverizing pesky weeds that may crop up. Check out the Farmbot in action below.

Farmbot is an open source program meaning anyone can download and modify the program to fit their specific needs. Their innovative gardening plot software easily allows you to fully customize your gardening plan; from dragging and dropping crops onto your grid to mapping out each plant’s care regimen.

Right now, the Farmbot is available for purchase and costs $2,595. An estimates on how quickly it will take you to recoup your investment? According to research done by the folks over at Farmbot, a short four years.

Farmbot seems like a great way to move a healthier more localized food movement forward! It’s a totally complete system that can be customized for individual home gardening needs, where you can control the entire process while using sustainable methods for growing your own food with very little maintenance on your part. Who wouldn’t want to both reduce their environmental footprint and get to watch their own healthy fruits and veggies grow, all while being monitored and tended to with a super cool, high-tech farming robot??

Of course if you love gardening you may prefer to stick to the old fashioned way but for the people who don’t there is now another option for growing food in your own backyard.

This site uses Akismet to reduce spam. Learn how your comment data is processed.

Sign up to receive our FREE Five Step Guide on how to live a Healthier Greener Life!